Due to our Visa arrangement (or lack thereof), Michelle and I have to carefully balance the amount of days spent within and outside of the Schengen Area*. While this does seem inconvenient, it means that we travel to places we wouldn’t necessarily think of otherwise. This is the story of how we ended up landing in Belgrade, Serbia on January 20th.

The Schengen Area is an area comprised of most of the EU countries that have agreed to serve as a single jurisdiction for international travel. If you are European, you are free to travel among that area as you wish. If you are not, however, you can only be in the Schengen Area for 90 out of 180 days, rolling. Do not fret, though! Since we had trouble keeping up with our calculations, we created EuCalc.com just for this purpose! More about the Schengen Area.

Serbia is one of those countries that people don’t always have a positive connotation with, or even know what to expect at all. I fell in the latter group and was almost waiting to be underwhelmed. However, that feeling never came.

Belgrade is a gorgeous city, with seemingly random and fresh architecture everywhere you look, some of the friendliest people we’ve come across, delicious and juicy meat dishes, and prices that’ll make you say ‘yes please, I will have bacon on that!’

Belgrade has been burnt to the ground 44 times throughout its treacherous history. As a city, it has exchanged empires more than one would care to sum up. And that includes so recently that most of us were alive when the future of the cherished city was uncertain. But all of that rich history just adds to its uniqueness. While some of the streets are definitely rough around the edges, the ‘seemingly random architecture’ is simply due to the city changing hands so many times and each empire constructing buildings in their chosen style. On one street corner you can see hundreds of years of history just by looking at the buildings surrounding you.

The people in Belgrade were extremely kind and would go out of their way to help us with directions or with finding a relevant answer for us, simply because they could. In most country capitals, this is unheard of. 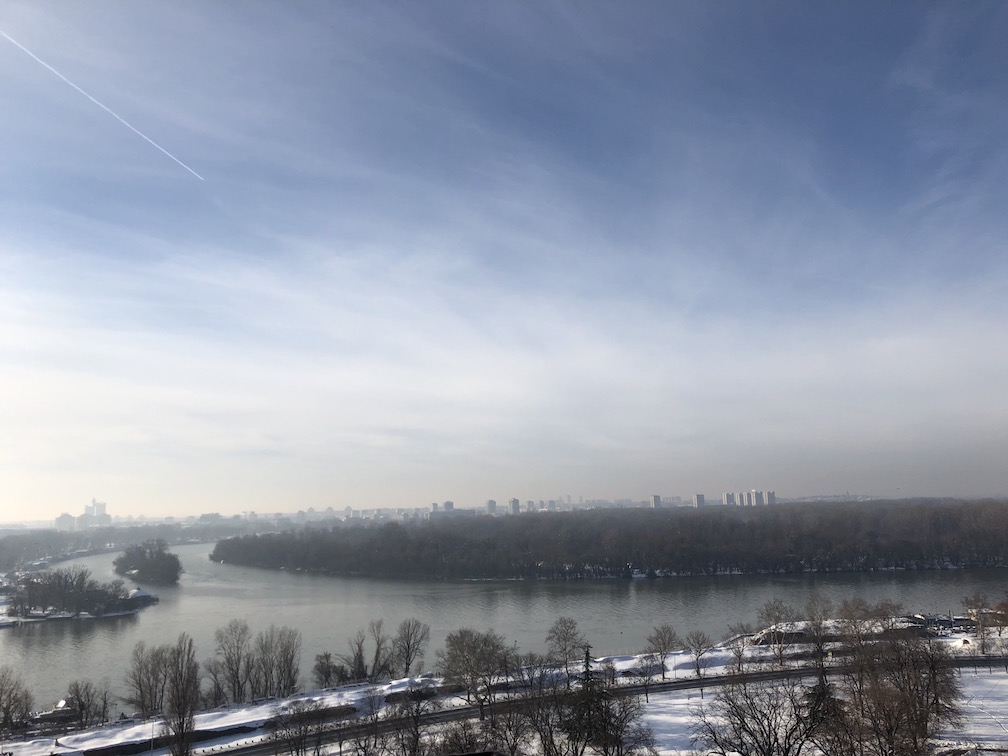 View from the Belgrade Fortress

Belgrade really wants to prove that it can be on par with more well-known Eastern European cities such as Budapest and Prague, and it shows. Their main shopping street was well decorated with still-up Christmas lights and was as busy as Budapest’s Fashion Street or similar attractions. Working during our stay here was no problem at all as there are plenty of co-working spaces to choose from (though my favorite is Smart Office) and WiFi was as ubiquitous as one would expect from a modern, connected city.

The Danube River flowing through the center of the city provides a gorgeous view and plenty of activities. (Not to mention a great tactical advantage to defend an empire before modern technology - one of the reasons Belgrade was such a hot commodity.)

Our main complaint from this visit was their ‘smoking allowed indoor’ policy, found just about at every restaurant and especially every bar. What boggled my mind is that the no-smoking section was usually upstairs, where all the smoke ended up anyway! Luckily we had a laundry machine in our Airbnb which definitely got its use after nights out.

Verdict: If you are trying to balance out Schengen dates, or simply looking for a still-under-the-radar city to visit, you should definitely give Belgrade a whirl!

You may also enjoy: